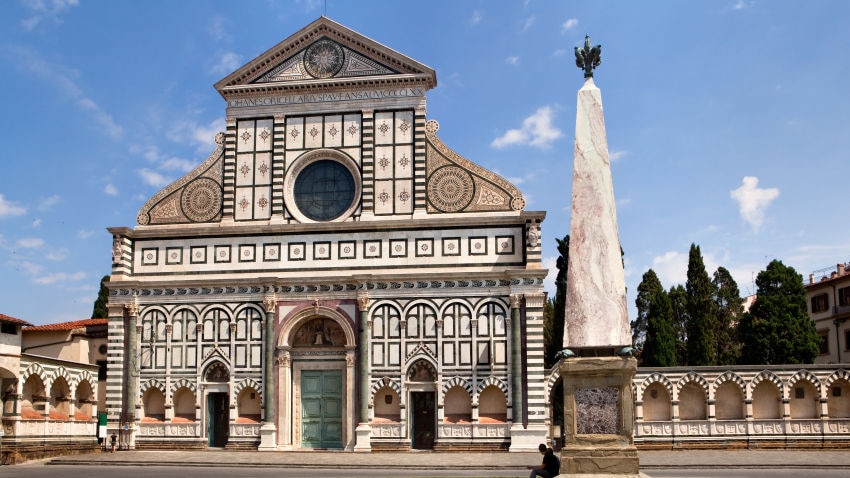 Santa Maria Novella is across from the railway station that shares its name. Architecture buffs will be enchanted. Classical, Renaissance, Romanesque, and Gothic styles are represented by some of the greatest Italian architects. Wander the vast interior that includes an adjoining cloister and chapterhouse filled with art treasures like frescoes by many of the masters of the Gothic and Renaissance period.

You'll want to pop into the Officina Profumo-Farmaceutica di Santa Maria Novella, rumored to be the world's oldest pharmacy, which still sells the rosewater distillate the monks produced when the Black Death wiped out 70 percent of Florence's population.

Cash transactions at this property cannot exceed EUR 1999.99, due to national regulations. For further details, please contact the property using information in the booking confirmation.